I have to admit that I delayed writing about this hike, and as I go on, you shall see why. However, I am going to share the beauty of the day as well as the lessons I took with me in the aftermath.

First of all, I had spent the earlier part of the day in the Canandaigua Lake region making pickles at a friend’s house. It was an absolutely gorgeous day, so as I was meandering my way home the long way (I tend to avoid the thruway in favor of scenic explorations), I stopped by the lakeshore and then at the Ganandagan Historic site.

There is so much beauty in Upstate/Western New York with the shores of two Great Lakes, the Finger Lakes, and the numerous waterfalls (not to mention Niagara Falls) that I am grateful to have so many choices when I want to take my camera for a ride or a hike! 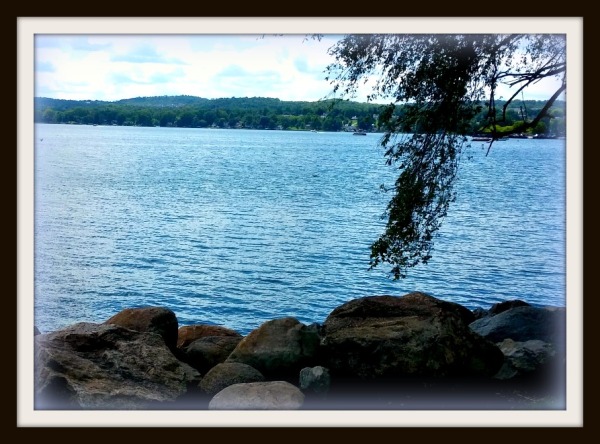 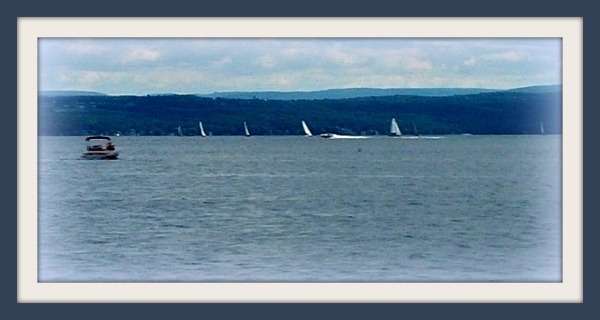 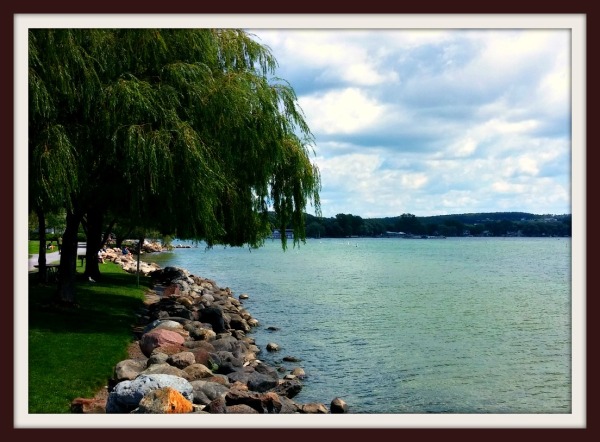 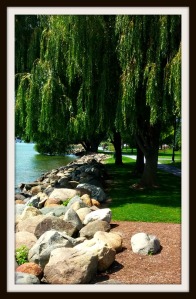 I love the texture of these trees as the draping branches dance on the wind. 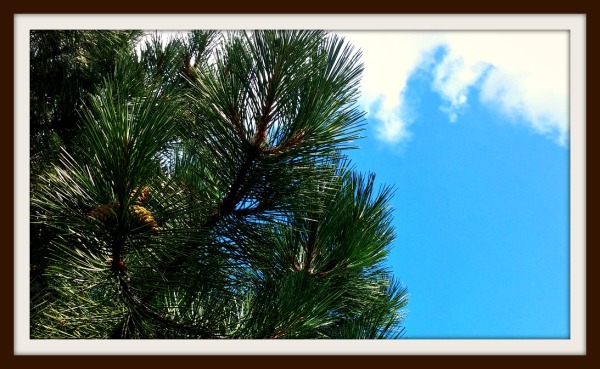 Looking up, I saw large pine cones. The scent was wonderful.

While making pickles with friends earlier in the day, one of the ladies mentioned the Ganondagan Native American Historic Site, and I promised myself that I would get there one of these days soon. It seems that I was to get there sooner than expected because when I saw signs directing me to the area, my car took on a mind of its own and followed. Good Hyundai!

If you click on the following picture, you can learn more about this historic place in the Finger Lake region. 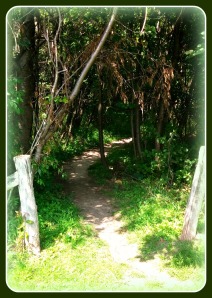 The beginning of the path seemed so inviting, like a type of portal to another realm. It has been said that fey folk inhabit the forests of Ganondagan, and I was hoping to witness some truth to the legend. 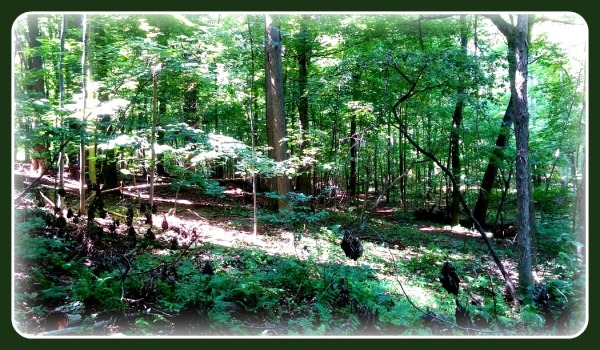 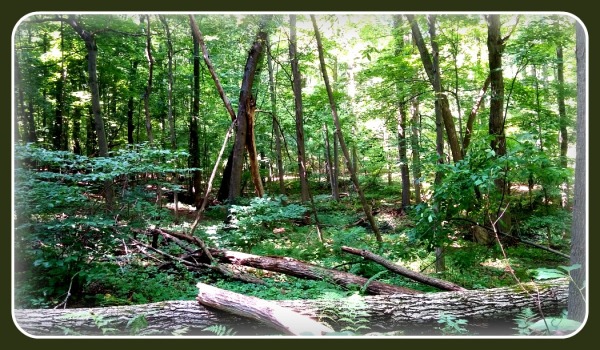 Does this not look like a place where woodland sprites would roam? It so happened that there was going to be a Quest For the Knotties, the sprites believed to inhabit the knots of the trees, that coming Saturday. As it turns out, I was not able to make it on that day, so I decided to have my own little Knottie Quest. 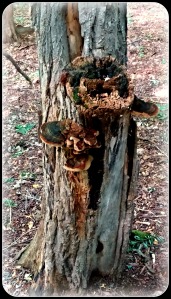 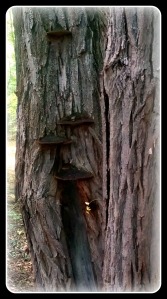 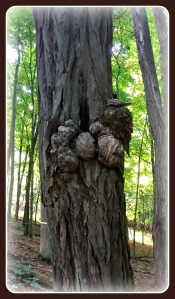 These places look spritely to me! I stepped off the path a few times in order to seek out these Knottie homes, but something I’d only hoped for and not actually expected happened when I returned to the path. Click on the following picture: 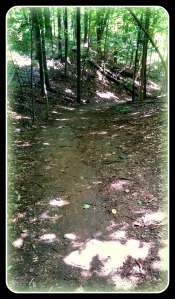 I happened to look off to my right when I was walking and noticed a single yellow leaf appearing to dangle in mid-air. I watched it dance in the breeze for a minute before going up to it and running my hand over it several times, thinking that it might be attached to a spider web or something.

And it kept dancing.

I shared the video (and it’s not great quality because it was on my phone) with friends, and so many tried to convince me that it was just attached to something and not a supernatural phenomenon. I am not buying that because I checked. No web strings. Nothing. Just a dancing leaf.

Others thought that it was just being carried by the breeze. Okay…but if you look at the video, there are many dried leaves on the ground, so why is only ONE moving like this?

I am certain that this was a visit from a woodland sprite. And based on the events that took place once I exited the woods (remember I said that there was some lesson that I took from this particular experience?), I believe that I was detained to watch for a reason.

When I finally did tear myself away and return to my car, I discovered that someone had smashed the driver’s side window in order to pop the trunk and steal my purse. Given that I was only in the woods a total of 40:51 (see the MapMyWalk link below…thank God I had my phone with me!), it is possible that the purse was stolen during the time that I was spent in fascination with the fey folk.

What if I had happened to return in the middle of the robbery? These folks were bold enough to do it in broad daylight in a place where there were multiple cars. But what if I had come across them face-to-face? Would I have been injured?

I am thankful that I did not have to find out. Because I had my phone, I was able to call 911 immediately, followed by a call to my bank to cancel my debit card. The stuff in my purse was all replaceable (except for the cash), and GEICO was able to help me set up an appointment to have my car fixed first thing in the morning. It made me appreciate that things are replaceable, but I am not.

I am thankful that the spirits of the woods detained me so that I remained safe, and now wiser for the experience.