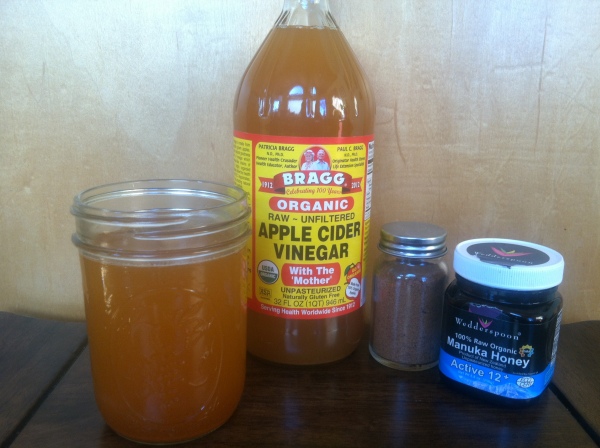 This drink is hands down the absolute best health drink, EVER! Apple Cider Vinegar is a powerful health tonic and relieves just about any ailment you can think of. It is easy to make and has been around for 1000’s of years! The list of benefits are endless.

Bees have been around for 120 million years and raw honey has been used by humans since the beginning of time. The healing benefits of Raw Honey are also endless. You must only consume raw organic honey  because pasteurized or cooked honey has been dangerously altered in the heating process and is carcinogenic.

Cinnamon is touted as one of the most powerful healers on the planet! There was a time when cinnamon was more valuable than gold and for good reason. Studies show that cinnamon may reduce the proliferation of cancer cells!